Cathedral of the Immaculate Conception of Cuenca

Cuenca is undoubtedly one of the most beautiful cities in Ecuador. Tourists from all over the world consider Cuenca as an unmissable destination when visiting the country.

Best Trip Ecuador invites you to visit the Cathedral of Cuenca and many other attractions of this city through the Cuenca City Tour. On this tour you will admire the city surrounded by rivers and enjoy its pleasant climate and friendly people. In addition, you will see churches, squares and streets all over its historic center which has been declared as Cultural Heritage of Humanity.

Next we provide some interesting information about the Cathedral of Cuenca and its architectural wealth. So you will understand why this beautiful cathedral is the most representative religious symbol of the city. 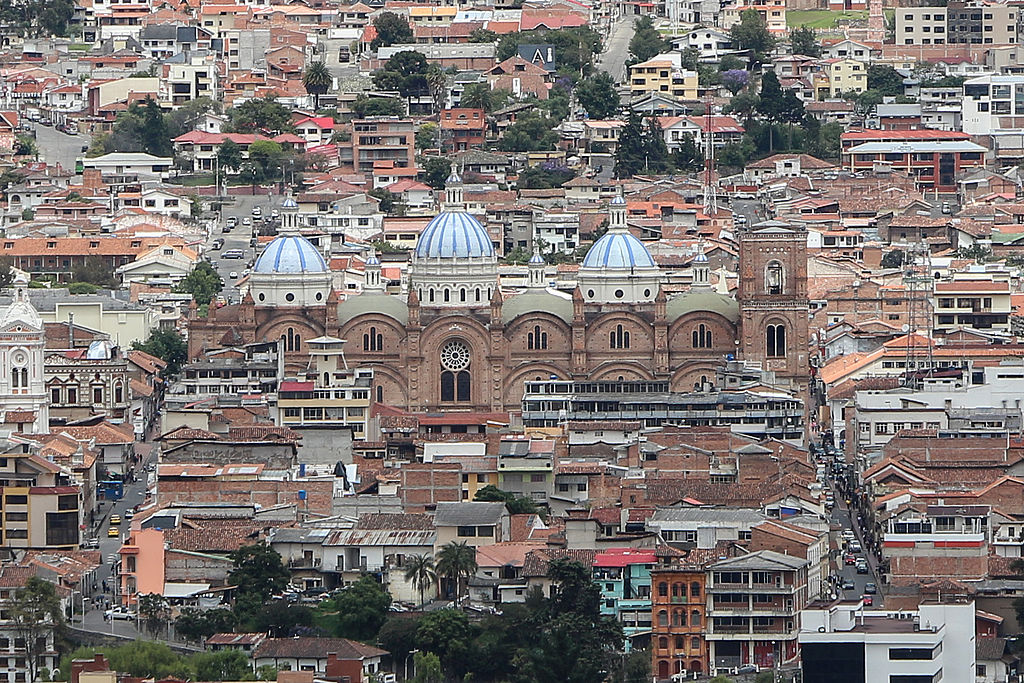 The Cathedral of the Immaculate Conception of Cuenca, known as the Cathedral of Cuenca or the New Cathedral, is a Catholic religious building that combines several architectural styles, such as Gothic, Renaissance and Romanesque. Its construction was inspired by the Basilica of San Pedro in Rome.

This cathedral is considered as one of the most important architectural attractions in Ecuador. It is located in the Calderón Park, in front of the central square of the city of Cuenca, specifically in Benigno Malo and Mariscal Sucre Streets.

The construction of the Cathedral of Cuenca began in the 1880s and ended in 1975. This building has a capacity for eight thousand people. From outside the cathedral is notable for its blue sky domes which stand out throughout the Historic Center since the tallest of them measures almost 60 meters.

Inside the cathedral, you can see the colorful stained glass and its details in gold leaf and marble. The main attraction is the baldachin which forms the four columns that cover the main altar. This work was inspired by the baldachin of St. Peter’s Basilica, located in Vatican city. 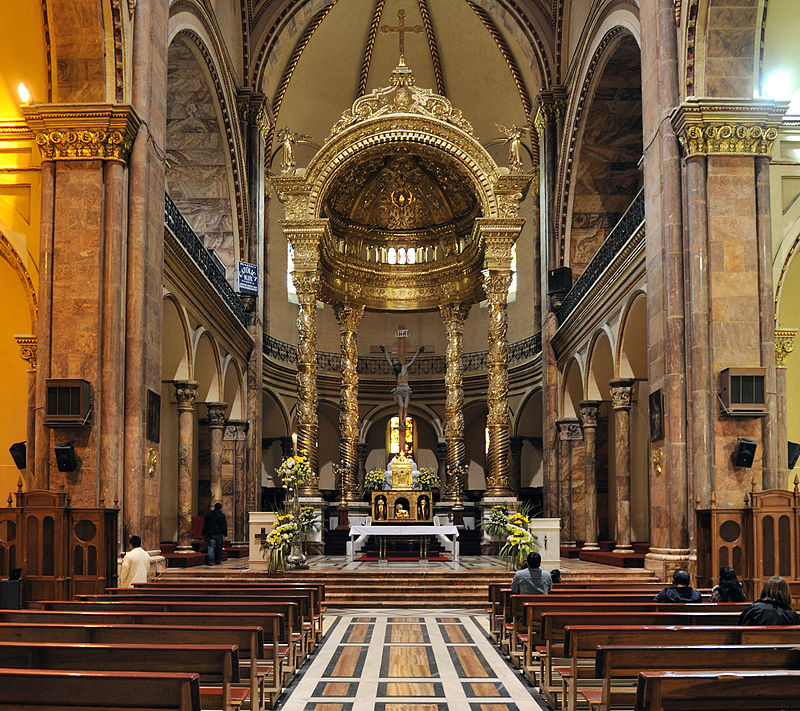 Photo by: Wikimedia Commons, By Cayambe – Own work, CC BY-SA 3.0

In addition, the cathedral has a crypt that houses hundreds of graves and the tombs of four Bishops. It also has a terrace that you can reach if you ascend by 143 steps. The most interesting sites of this building are: the domes, the main door, the rose window or Catherine window (stained glass made by Guillermo Larrazabal, an artist of Basque origin), the high altar and the crypts.

The Cathedral can be visited every day from 08:00 to 13:30 and from 14:00 to 16:00. If you want to visit the whole church it would take about an hour. If you enter the cathedral you can visit the towers and enjoy a fantastic view of the entire city. 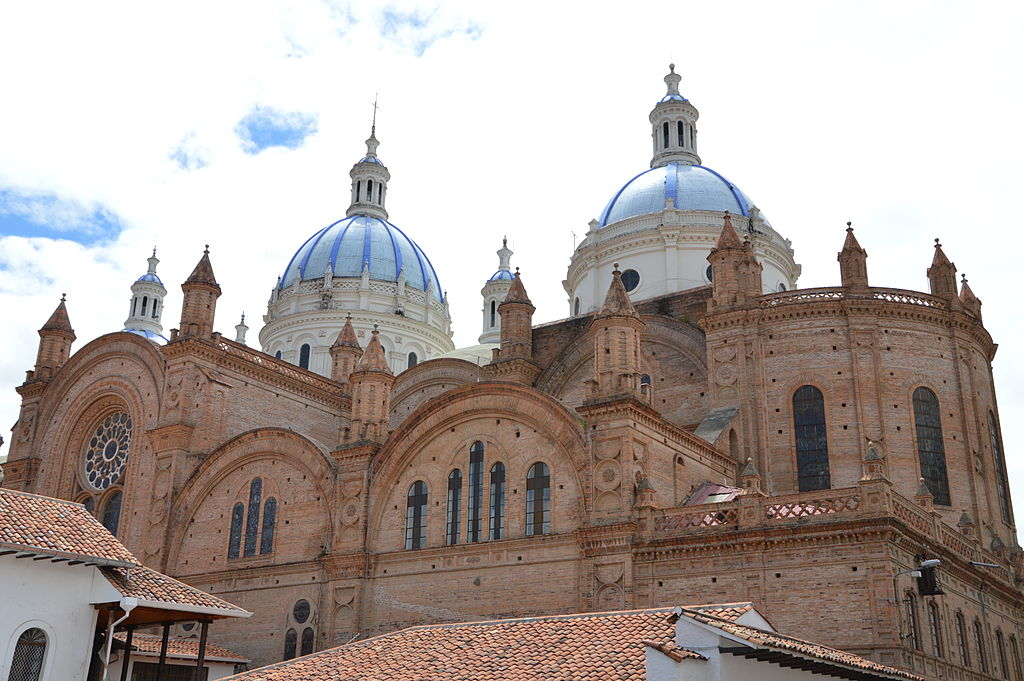 Do not miss the Cuenca City Tour! In addition to visit this fantastic cathedral, you will see the picturesque and traditional San Sebastián neighborhood, the Modern Art Museum, Calderón Park (central park), Flower Market and Sagrario Cathedral (Old Cathedral). We are sure that you will not regret!

The faces of Quito: capturing the city from the heights
How to get to Cuyabeno?
5 best things to do in Misahuallí
Imbabura touristic attractions
Categories:
Blog